While many husbands learn that Mary Kay Cosmetics has had a negative impact on their finances and their marriages–often to the point of divorce–what many may not know are the tactics that are used to break apart their marriages and why. 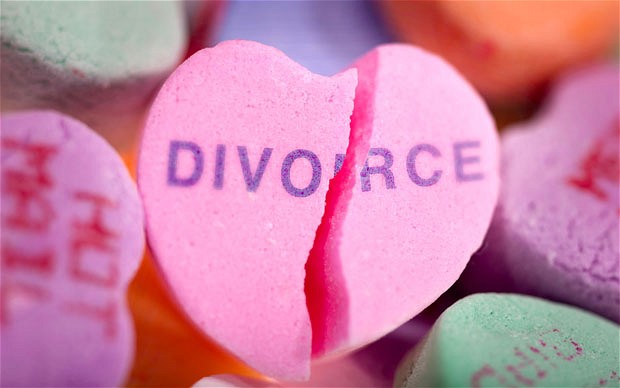 In many cases, the undermining of marriages begins with the Husband Unawareness Plan and, from there, often leads to Financial Infidelity and worse.

When husbands are critical of Mary Kay, they are often demonized as “unsupportive” or “negative.” However, that’s just the tip of the iceberg.

Based upon a reader’s comment, some Mary Kay predators appear to deliberately undermine marriages as a means of pushing divorcées further into the pink cult.

I was once a MK sales person. My husband was very apprehensive that I joined, but being as he is so loving, wonderful and trusting, he supported my decision. Three months into my “business” I finally broke even and paid for the cost of my starter kit.

At that point, my director had called me about my inventory. I didn’t want to buy more until I sold what I already had in stock. She started telling me that I can hide my purchases from my husband, that his input doesn’t REALLY matter and that ultimately he doesn’t want to see me succeed. She informed me that Mary Kay saved many women from men who would rather not see their wives have money of their own. She then informed me that my marriage will soon begin to suffer and that it’s important that I stay in touch with her as she will help me with my divorce. DIVORCE?!!!! I’m happily married!

I was shocked that this woman would have the audacity to assume that my husband wanted the worst for me. I politely told her that my marriage was just fine and told her that my baby was crying in order to get off the phone.

I remained polite with her for the next six months, spending a little over budget, probably $400 more than I should have. Soon she began sending me Christian propaganda with notes that said she would always be there for me. For the record, I’m a slacker Jew and my husband is an Atheist. I found it entertaining and ignored it.

Then the elections came around. Her emails to me came heavy handed and political, telling me if I voted Democrat, I will be banished to hell. That was hysterical! At that point, I wasn’t selling anything because I was tending to a preemie baby. She kept bothering me, telling me to sell my product when I take my preemie to doctor visits. I just ignored her, as I was overwhelmed being a mom to two babies under the age of three.

At my last meeting, my local director read a quote from “some guy named So – Crates.” I stood up, corrected her pronunciation and walked out. I couldn’t figure out why I, a woman with a background in Physics, was taking advice from a ditz who couldn’t even pronounce Socrates! Clearly, I had been sucked into the cult!

Our final phone call came a day after that meeting, wherein my director told me that it’s mostly my husband’s fault that I’m not selling Mary Kay. At that point, I told her that I’m married to a wonderful man who would rather see me succeed elsewhere than selling the junk that is Mary Kay. Then I hung up on her.

Gentlemen, please be aware that some of these Mark Kay women strive to destroy marriages in order to break your wives down. It’s cult-like, all in an effort to make your wives feel like they belong with Mary Kay. If you can, encourage your wives and support them in other areas, redirect their passions and be their best friends like my husband did for me. It will save your marriage and your wallets. [Emphasis added.]

There are more examples of Mary Kay’s manipulative tactics that Mary Kay predators use out there. However, the deliberate destruction of marriages to further consume a woman into the pink pyramid is one of the most insidious tactics there is.