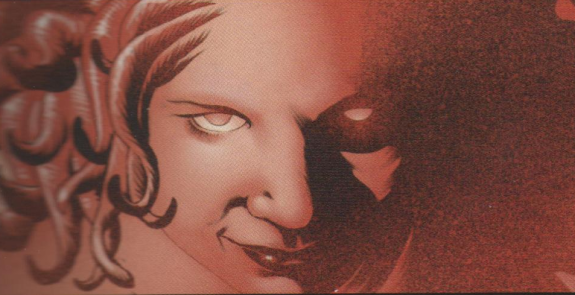 The primary methodology used by the Mary Kay Cosmetics’ sales force uses to convince women to enter the world of Mary Kay is through preying upon their emotions.

One of the many tools in the vast Mary Kay arsenal is the use of “testimonials.” In Mary Kay, however, testimonials are better known as the “I-Story.”

An I-Story, according to one website is a “brief, heartfelt, enthusiastic talk on why an Independent Beauty Consultant began a Mary Kay career and what it means to her.”


[AdSense-A]
I-Stories are used as to create a me-too camaraderie with the target, or “prospect” (as they’re called in Mary Kay).

If the recruiter has profiled her target correctly, she can use her I-Story on her target to share, in all her pinkness, that once-upon-a-time she was just like (or similar to) target…and Mary Kay helped her achieve “her dream.”

Not surprisingly, testimonials are also one of the manipulative tools that many cults use on their recruits.

In Mary Kay, most consultants use I-Stories to recruit “prospects” into the company. However, not all consultants can be creative in developing their own I-Story. As a result, they are given training on how to “create” an I-Story for themselves that is filled with “passion” and “charisma.”

Nothing explains the purpose of Mary Kay’s emotional manipulation better than the first two sentences of Creating an I-Story with Charisma and Passion by LaRonda Daigle, Executive Senior Sales Director with Mary Kay.

Prospects do not sign because we earn 50% profit. They make their final decision on the emotion that was gathered during someone’s story.

This is the training document that many within Mary Kay use, as found across the web:

What does an “I-Story” sound like? Well, you can listen to Daigle–the one whom so many use as “the source” on how to create emotional “I-Stories” here. Below is audio of LaRonda Daigle “sharing” her own I-story.

Just Fill In The Blanks.

Here is another how-to guide instructing Mary Kay consultants on how to craft persuasive I-Stories to invoke emotional responses.

In this document, however, the consultant is advised to answer questions, then use the answers to, literally, fill in the blanks of the script:

My name is______and I have been building my business with MK for ___(yrs/mos) I am (1). Prior to MK (or in addition to MK…) (2)__. I was first introduced to MK (3) ___ and (4)__. The Consultant shared with me MK’s wonderful marketing plan—which is taught at many major universities, including Harvard!—but of course I had some fears, like (5)__ Soon I found that with MK’s no risk policy and the one step at a time training (6), I was amazed at how simple it was to get appointments and how easy it was to make money with MK. (7)__Besides the wonderful income, Mary Kay awards us Cinderella prizes we normally wouldn’t buy for ourselves. I must say it’s the intangibles; however…the ones you can’t put a price tag on (8) like the personal growth—the friendships I’ve gained from MK (could mention any positive changes in family as well.) MK most recently paid me a (9) ($___commission check)…for sharing this product and opportunity. *(if new, might insert your recruiter’s $$ or your director/national) It is my goal (10)__(example: to continue making clients look their best and share the reasons why MK is listed in the Top Ten Companies for Women to Work For!) —this is an example to guide you to create your own and memorize it! [Emphasis added.]

As someone all-too-familiar with Mary Kay from the inside states:

Mary Kay makes us become masters at not exactly lying but not exactly telling the truth. Right from the beginning, we should have seen the small “little white lies” that would have tipped us off sooner. We were told to “borrow” another’s “I-story” if we needed to, until our own story got polished. We were told to tell customers we were “in our first year” if it was our second or third class because “nobody wants to do business with someone so new”. We were told that “Good News” was good news, and no place to mention obstacles. [Emphasis added.]

Unlike other successful companies, Mary Kay Cosmetics has not gotten so large due to the quality of its products, nor the price. In their own how-to words, Mary Kay’s sales force signs up their targets (“prospects”) based on emotion.

In other words, Mary Kay Cosmetics has grown to a $3 billion corporation preying on the emotions it uses to recruit women, and the I-Story is just one of the tools in Mary Kay’s arsenal that its sales force uses to do it.

One Response to "The I-Story: One Of The Cult-Like Tactics Mary Kay Uses To Lure Women Through Emotion"