Mary Kay Cosmetic’s Canadian sales force earnings reveal just how elusive the “big bucks” are for nearly everyone within the Pink Pyramid. 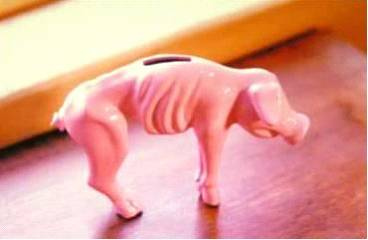 As has been done in prior years, it is always enlighening to show just how pathetic the actual earnings numbers are for the vast majority of Mary Kay’s sales force. That is, just how many of Mary Kay’s independent sales consultants do not make the so-called “big bucks.”

However, since Mary Kay Cosmetics has no legal obligation to reveal just how poorly the earnings are for 98% of its consultants in the United States (and it certainly would not serve the company’s interests to be above board with this data), we must turn to Canada—which has more stringent laws for multi-level marketing companies—to find out just how pathetic the earnings are for the vast majority of Mary Kay independent sales force.

According to the most recent information made available on Mary Kay Canada’s website, it appears that the vast majority of Mary Kay consultants’ earning are, as in years past, still pretty pathetic.

Here are the highlights of 2015’s earnings:

Perhaps if Mary Kay published the earnings of consultants in the United States, more women and their families would not fall victim to the company’s predatory sales tactics.

Of course, that wouldn’t serve the company well at all…