Like wolves in sheeps’ clothing, Mary Kay Cosmetics and its predatory sales force likes to lure its victims with the motto: God (or Faith) first, family second and career third.

As the motto specifically targets an individual’s value system, it is one that is both deceitful, manipulative and treacherous to those women (and their families) who believe that the motto is truly practiced by those in the pink pyramid. 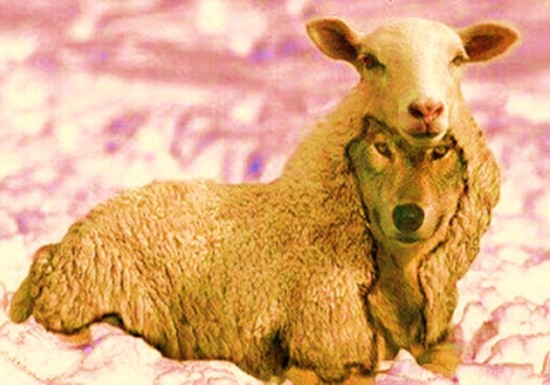 Unfortunately, that sales pitch is so appealing to so many of Mary Kay targets that they fail to recognize the lies and deception that soon envelope their existence.

To make matters worse, because Mary Kay’s predators often use Christianity and twist Bible verses to manipulate their targets, many women never catch on to the amount of manipulation and deceit within Mary Kay’s sales force–until it’s too late. Moreover, the fact that it starts at the top of the Mary Kay pyramid is what damages so many women and their families.

Dacia Wiegandt began her Mary Kay career in July 2001. In fact, one of her spawns is fellow National Sales Director Auri Hatheway.

Based on the size of her and her spawns’ areas, as well as the amount of training she sells and personally provides each year, like a virus, it is safe to say that Dacia Wiegandt has “touched” the lives of tens of thousands of women in her 12-year career with Mary Kay. Women whom she has trained personally–and those her trainees have trained.

This is why, when a woman like Dacia Wiegandt puts a biblical quote on the home page of her website and one is led to believe that Ms. Wiengandt is a person that has morals that are based on that which is taught in the Bible, it is deceitful, manipulative and treacherous.

You see, unbeknownst to her unsuspecting victims, Ms. Wiegandt is conveniently using the Bible to make it appear she has a certain set of morals or ethics. However, based on what Ms. Wiegandt admits to and demonstrates in her own video below, the Bible appears to be nothing more than a prop used to lure her prey into the pink pyramid.

In a 2011 post on Pink Truth, it was noted how Mary Kay National Sales Director Dacia Wiegandt commonly lied to customers by telling them she didn’t have a certain product just to be able set up another time to recruit the target.

Here is her quote on Pink Truth:

“I would love to share with you a little bit more about this opportunity because I believe that this is the best unkept secret…if she says to me, “Well, I’ve actually gotta go because I gotta pick up my child,” what am I going to do? I’m going to leave something out of her product. So I have a reason to get back with her within 24 hours. Y’all have to think quick, y’all have to think on your toes. So how does tomorrow sound? I have that Miracle Set, but I don’t have the foundation (hint hint, right?) So tomorrow, I’m going to have lunch with you, bring the foundation, and then I’m going to market her right there and share the opportunity.” [Emphasis added.]

Note on the training video below, Ms. Wiengandt demonstrates the tactic described above.

[To view Ms Wiengandt’s video in its entirety, go here.]

With women like Dacia Wiegandt representing the “Mary Kay Way,” how many thousands of unsuspecting women has she and her trainers trained in this manipulative and deceitful tactic, while still claiming “God first, family second and Mary Kay third?”

How many thousands of their victims have let dishonesty, like a virus, infect their own lives, thanks to Mary Kay predators like this?

The following passages serve as a mere reminder for those Kaybots who, like Ms. Wiegandt, may use the Bible as a tool to further their Mary Kay “businesses,” while unethically using deceitful and manipulative practices. It should be noted that the following Biblical passages were not likely taught in ethics courses* at Mary Kay University:

Lying lips are an abomination to the Lord, but those who act faithfully are his delight.
Proverbs 12:22

Better is a poor person who walks in his integrity than one who is crooked in speech and is a fool.
Proverbs 19:1

There are six things that the Lord hates, seven that are an abomination to him: haughty eyes, a lying tongue, and hands that shed innocent blood, a heart that devises wicked plans, feet that make haste to run to evil, a false witness who breathes out lies, and one who sows discord among brothers. My son, keep your father’s commandment, and forsake not your mother’s teaching. [Emphasis added.]
Proverbs 6:16-20

The integrity of the upright guides them, but the crookedness of the treacherous destroys them.
Proverbs 11:3

If Ms. Wiengandt truly adhered to the Bible that she so willingly uses, she would know that dishonesty is frowned upon in the Bible–yet that is what she teaches.

Like a wolf in sheep’s clothing, Ms. Wiegandt is just another example of the deception and manipulation so prevalent with Mary Kay Cosmetics’ predatory sales force.

* Note: It is not believed that Mary Kay University has a subject in its curriculum on ethics for Mary Kay Consultants, Directors, or National Sales Directors