Contrary to popular myth, the way to make money in Mary Kay Cosmetics is not by selling cosmetics, it is through recruiting as many “prospects” into the pink pyramid and creating “downlines.”

In order to continually harvest new bodies, Mary Kay predators have a myriad of ways to do so. In all cases, however, it begins with conning women into giving out their personal contact information.

Over 50 years of trial and error, Mary Kay Cosmetics has been able to successfully develop deceptively-worded scripts, design tactics on how to stalk prospects, as well as other tricks to manipulate women into giving out their personal information.

Largely, the training comes from those who have climbed to the top of the pyramid.

In the video below, Mary Kay National Sales Director Auri Hatheway goes into detail on how she lures women at Mary Kay skin-care parties to give her their personal information.

Like a true master, Hatheway uses feigned excitement (that she can apparently turn on and off as it suits her) as she describes the ‘Name Game’ she deploys on women to goad them into giving out their personal information. 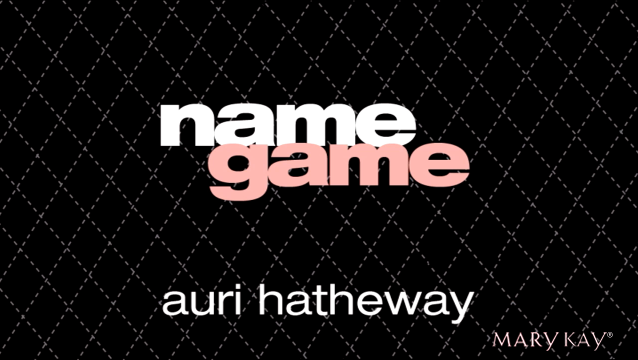 While Hatheway’s ‘Name Game’ is one tactic Mary Kay’s sales force uses to get information, there are many others.

Here is just one more example of a Mary Kay script that uses such manipulative tactics as a ‘Scavenger Hunt,’ ‘Model for Before & After Portfolio,’ as well as targeting women who wear bright colors.

While responsible parents often teach their children not to give out their information to strangers, Mary Kay Cosmetics and its sales force has developed ways to con that information out of grown women.