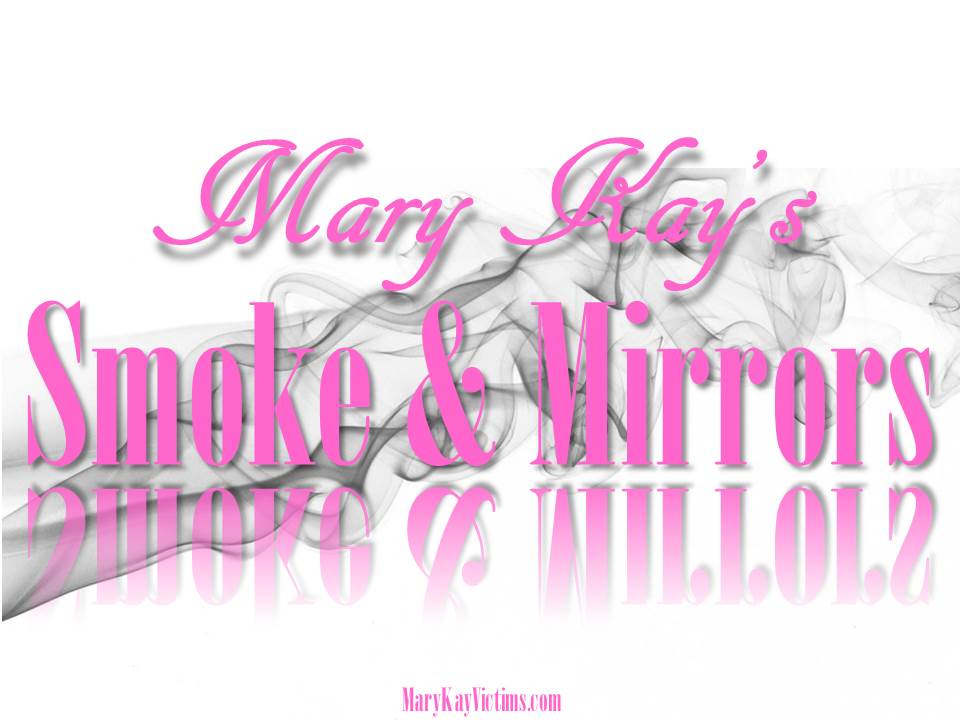 There are tens of thousands of women who get lured into Mary Kay Cosmetics every year with the false hope of spending more time with their families while earning a lucrative income only to discover that the tagline of “Faith, Family and Career” is nothing more than a recruitment sales pitch.

While many career-oriented women long to spend more time with their families, it is sad when one gives up an already-seemingly lucrative career to pursue the smoke and mirrors of a “full-time career as a Mary Kay Indepdent Sales Director.”

Such is the case of TV News Anchor Jessica Foster, who, perhaps not realizing she will likely have less time with her family, has apparently become some Mary Kay recruiter’s dream target as Ms. Foster made this declaration yesterday.

As we age, our priorities change. The adoption of our daughter has brought the most indescribable joy to our family’s life. My husband and I often talk about how the love we have for her is beyond comprehension. I want to be there for every moment. I want to be there to put her to sleep at night and be there when she wakes up. I’ve never been more devoted to anything as I am to her. As a family, we made a decision for me to make a career change. That’s why I will be leaving the TV station on September 19th. It’s a decision we prayed about. It’s a decision I feel led by God to make for our family. I will be stepping down from the anchor chair to pursue a full-time career as a Mary Kay Independent Sales Director.

According to her bio on WMBB’s website, Ms. Foster has enjoyed ten years working at her station and even longer in journalism.

Jessica Foster is originally from Atlanta, Georgia and has worked at WMBB since 2004. She is excited to bring the news to you each weekday on News13 This Morning.

In 2008, Jessica was awarded the Distinguished Young Alumni Award from The University of Georgia’s Grady College of Journalism.

In April 2008, Jessica was awarded Seals of Approval from the American Meteorological Society and the National Weather Association for her forecasting ability.

Jessica worked at CBS 46 in Atlanta as an Associate Producer before coming to News13. She got the job at CBS 46 while still in college, after completing an internship with the station. At CBS 46, Jessica learned the “ins” and “outs” of the news business from a top nine market.

Unlike so many others, as a journalist, perhaps Ms. Foster’s judgment and training in get-the-facts reporting will not become too fogged when it comes to using deceptive and manipulative tactics to build her business while saddling her family with debt or taking so much time from her family.

Perhaps, in the end, Ms. Foster will be able to chronicle her escapades inside the Pink Pyramid.

Now, that would be newsworthy.