To anyone who is suffering (or has suffered) through the sad and unfortunate experience of observing a loved one caught up in the pink fog of Mary Kay Cosmetics, the comparison between a woman consumed by Mary Kay to an addict—be it gambling or drugs—is a familiar one. 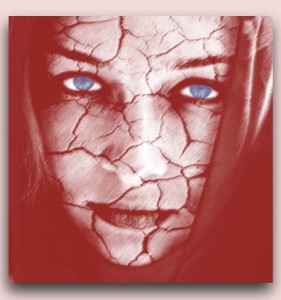 Unfortunately, women caught up in Mary Kay frequently exhibit extremely similar behaviors as those with addiction problems–including the highs and lows associated with addiction, as noted here:

During the winning phase, consultants experience a big sale – or a series of sales – that leaves them with unreasonable optimism that their success will continue. This leads them to feel great excitement, and they begin increasing their Mary Kay activity and ordering.

During the losing phase, the consultants often begin thinking about big sales they have had in the past and borrow money – legally or illegally. They start lying to family and friends and become more irritable, restless and withdrawn. Their home life becomes more unhappy, and they are unable to pay off debts. The consultants begin to “chase” their losses, believing they must work harder and order bigger to cover their losses.

During the desperation phase, there is a marked increase in the time spent on Mary Kay. This is accompanied by remorse, blaming others and alienating family and friends. Eventually, the may engage in illegal acts to finance their Mary Kay activity. They may experience hopelessness, suicidal thoughts and attempts, arrests, divorce, alcohol and/or other drug abuse, or an emotional breakdown.

Unlike those addicted to gambling or drugs, there are some unique differences with Mary Kay addiction problems that go beyond what some would consider ‘normal’ addictive behavior and it is worth noting some of those below.

Unlike those with a Mary Kay addiction, most crack dealers prefer to keep it real:

Last, but not least, unlike crack dealers (who are equal opportunity offenders), Mary Kay specifically and discriminately targets women using the catchphrase “enriching women’s lives” while actually destroying them in many cases.

One Response to "Mary Kay: Like a legal crack addiction, only worse"