Better is a poor person who walks in his integrity
than one who is crooked in speech and is a fool. — Proverbs 19:1

While one could claim that Mary Kay and its predatory sales force are just out to make “an honest buck,” unfortunately, that rarely seems to be the case as time and time again the truth behind their manipulative tactics are laid out there for all to see. 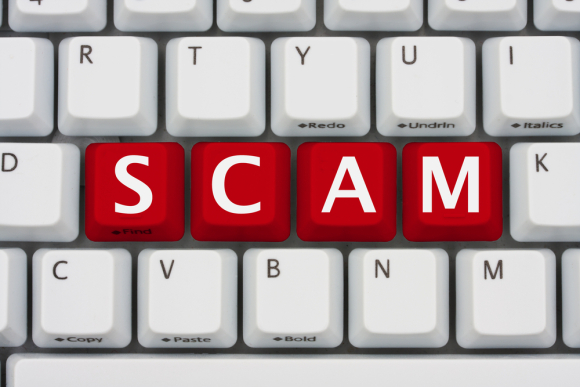 Here’s a case in point:

One of the common manipulative tactics that Mary Kay predators use to get leads (potential customer or ‘prospect’ information) is the Fair Booth Fishbowl Drawing.

Once unsuspecting women give the Mary Kay predators their personal information, they are then targeted in the hopes that they will become new customers or recruits into the Pink Pyramid.

Here’s how it generally works:

Then, armed with pens, sign-up sheets, a display table, and, of course, a fishbowl, the Mary Kay predators proceed to stop every woman within (usually) a ten foot radius and ask if she would like to enter a drawing to win $_____ worth of FREE Mary Kay. [Actual amounts may differ between $10 and $50 dollars.]

Each shift usually has two consultants scheduled together. Be courteous and take turns getting leads. Going back and forth, she gets one then you get one so that it’s even and fair. If either one of you gets a lead who already has a consultant then that does not count as a lead and that consultant gets another chance at getting a good lead. You can let that person with a consultant enter so she doesn’t feel left out but you will not be calling her. If a group of women come to the booth that are all together keep them together by having them sign up with only one consultant. Other wise you’re both going to have a problem when it comes to scheduling these women and not stepping on each others toes. The next group of women will go to the other consultant.

Again, the purpose is not to actually hold a drawing and give away free products. It is to get individuals’ personal information to get “leads.”

At the end of the fair, if they didn’t divvy up the “leads” during the fair, will usually divide up their list based on the number of Mary Kay predators working the booth.

Then, the Mary Kay predators get on the phone and begin trying to schedule appointments with every one of the women who left their information.

While, occasionally, Mary Kay predators will actually conduct a drawing with only one winner, all-too-often (without realizing the ethical depths that they’ve sunk to), the Mary Kay predators start their conversation by lying: They actually tell the prospect that she won the drawing.

The fact is, every single one of the women who gave their information “wins” the drawing–because to the predators, they know that if they can book an appointment with their prey, they stand a greater chance of getting the woman to order or recruiting her.

Occasionally, however, a “winner” is contacted and if she tells the Mary Kay predator upfront that the only wants what she “won,” the fishbowl scheme backfires.

Thanks to one of the many Mary Kay whistleblowers, here is how one Mary Kay consultant “verbalizes” her frustration at how one “winner” isn’t falling for the scheme with her fellow Mary Kaybots.

Note how, when her intended victim is honest and tells her upfront that she only wants what the $10 prize that “won,” the Mary Kaybot states:

“These kind of women just make make so angry!” 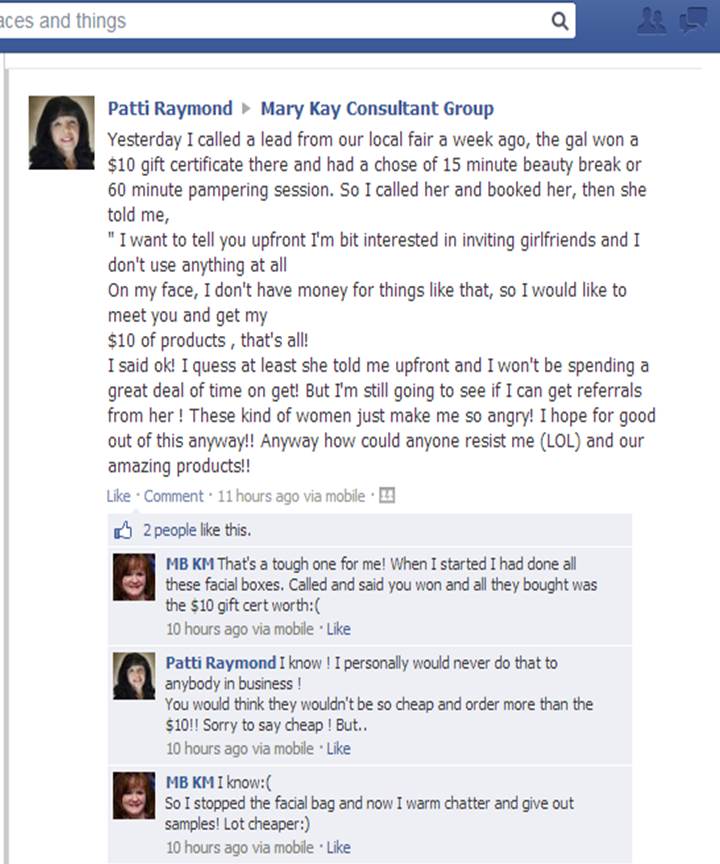 * Note: Fishbowl drawing may also occur in front of schools, churches, or even retail outlets during back-to-school sales.

Lying lips are an abomination to the Lord,
but those who act faithfully are his delight. — Proverbs 12:22