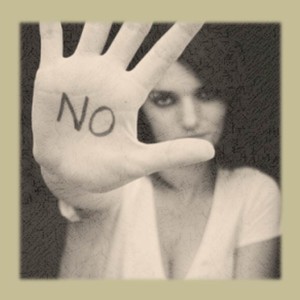 Experience With Mary Kay:
I went to a Women’s Expo with some friends and we each went walking around on our own. I put my name and number in at the MK booth to win one of many prizes.

The girl texted me a couple days later and said I’d won a free facial and a $10 gift certificate. We set up the time to meet at her director’s house and, after work on a Friday, I went.

They asked about me and my life, my job, if I had kids, etc. They were super nice, and then they brought out the contract.

I didn’t have the money for it and told them so.

They invited me to a couple events and I went, and it was there they got me with the I-stories, hook, line and sinker.

I discussed it with my fiancé (who lives in another part of the state) and he was suspicious.

He said, “Samantha, you don’t even wear makeup!”

I should have listened, but he said that if I truly felt in my heart that I could do it, then he would stand behind my 100%.

I took out a loan for $300 because I couldn’t get any less from the loan company.

The recruiter came to my apartment that night, and it was obvious that her skin was crawling.

My apartment is really nice and I keep it clean and in tip-top shape. It was built in the 1960s and the bathroom and kitchen are retro but charming. She seemed really uncomfortable and I felt like she was looking down on me the whole time.

I went to training, I wore dresses, and I carried my kit everywhere. I offered facials to everyone and had a few responses, which dwindled down to nothing.

I went to a party at my recruiter’s big fancy house and watched her do her demos and things like that.

She did what I had been doing almost verbatim and to my knowledge she didn’t sell anything that night.

I took out a payday loan that I’m still paying back at $65 every two weeks. I cashed in half the payday loan (which was taken out so I could pay on the loan I’d taken out to buy the stupid kit in the first place and the rest was rent) to take out more to put in the final order.

I sold stuff at half price because no one was buying. I bought some things for myself because I had no choice.

The director called me and said that my recruiter called corporate TO TELL ON ME because I hadn’t put my first order in 2 weeks after I started.

The director basically told me that I needed to make friends with rich people so that they would buy the product from me and support my business, rather to rely on my so-called broke deadbeat friends and family.

I was disgusted but I kept at it, thinking when I got good that I’d forge off on my own.

I “won” the opportunity to go to what was called Inner Circle and paid $15 for a meal where I ate overpriced food with a bunch of women who did nothing but congratulate each other on being awesome and talking about how amazing Seminar was going to be. I felt so out of place.

I was doing parties and selling nothing at them. I studied hard, downloaded all the inspirational stuff to my computer and put it on my iPod.

I lived, ate, slept, and breathed MK. I just couldn’t let the opportunity pass me by. I worked so hard, and had nothing to show for it.

One week, I was feeling kinda down, but I still went to the meeting. It had been chilly that morning and I wore dress pants to work and to the meeting.

She looked dead at me and said, “If you expect to keep your assignment, you must follow the Mary Kay dress code. She left us a wonderful legacy and we must honor her with our dress.” I was pissed to say the least.

I was getting over a bout with allergies and I had been cold all day. Otherwise, I’d never broken the dress code and although there was another consultant there who was in pants, I felt like I was being singled out.

A couple weeks later, I had a facial in my home. The lady was a friend but she didn’t buy anything, and I was so emotionally exhausted from psyching myself up and then getting let down all over again.

My sister was visiting that weekend (she’s 15), and while she sat on the couch and ate junk and watched TV, I poured out my MK stuff on the kitchen table.

I went through everything, found the products that I would use, and set them in the bathroom.

I wrote down a list of all the extra gas I’d put in my car, all the meals I’d eaten on the run because there was no microwave at the MK office for me to fix a can of Chef Boyardee, literally everything.

I said to hell with it and put it all in my craft room and shut the door. I told my recruiter about it via Facebook message and she didn’t even try to talk me out of it.

Another girl who signed up at the same time I did was only out the cost of her kit and never placed an initial order so she wasn’t active.

She and I still talk and we actually have weekend plans.

I sold everything to a friend of mine who started in MK and she used my stuff as demo and as inventory. She offered me $40 and I took it because I had no gas and no money for food.

She’s actually doing decent at it. She does it her way; she doesn’t talk to her recruiter or the director. She said it’s her business and she’s going to do it her way, and she’s not a tree that they want to climb lol.

I’m whittling down my debt day by day, but it’s hard not to beat myself up about it. I’m fortunate to still have my home and a wonderful job with 8-4 M-F hours.

My fiancé is helping me whittle away the debt and NEVER ONCE has he criticized me or allowed me to guilt myself for making a bad decision.

I’m thankful to have had friends and family kind enough not to say “I told you so” and to still love me and support me through it all.