To many, that Mary Kay Cosmetics deploys manipulative and predatory sales tactics is a given. However, one must wonder where this comes from.

Is it a culture fostered and nurtured by Mary Kay Cosmetics’ headquarters in Dallas? Or, is it a culture of a sales force that routinely attends Company seminars and conferences, but receive little or no ethical guidance from the company whose products they sell? Has Mary Kay always preyed on women? Or, is this a more recent occurrence?

According to a post on Pink Truth, a “turning point” for Mary Kay Cosmetics occurred in 1999 when the promotion to enter Director In Qualification (DIQ) early began.

Another big turning point, according to Pink Truth, was the promotion of Sean Key to Vice President of Sales Development and Administration.

With Sean’s promotion, things continued to go downhill from an ethical perspective, in the opinion of a number of members of the Mary Kay sales force. He is the designer of many of the sales director incentives, particularly in the car program. It is widely believed that Sean knows that promotions like “double credit” encourage sales directors to cheat, although he will never admit it. The promotions seem to be designed with “do it fast” recruiting and pushing inventory. 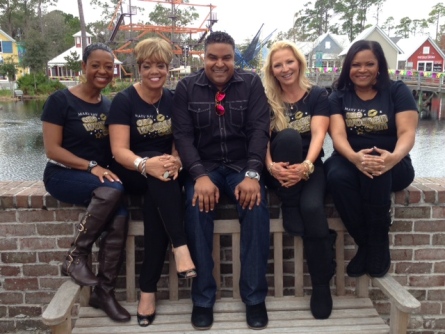 There seems to be some evidence behind the claim that Sean Key may be behind some of the ethical lapses within Mary Kay’s sales force when looking at the document below–which is attributed to Key–instructing Mary Kay’s sales force on the manipulative practice of profiling “prospects” using DISC, then using the information to overturn objections.

In the video below, Sean Key tells an audience of Mary Kay directors about how he lives in his imagination and how, every day, they need to help the consultants live within their imaginations.

Unfortunately, the reality of Mary Kay’s manipulation and its consequences does not seem to enter the imaginations of the like of Sean Keys.