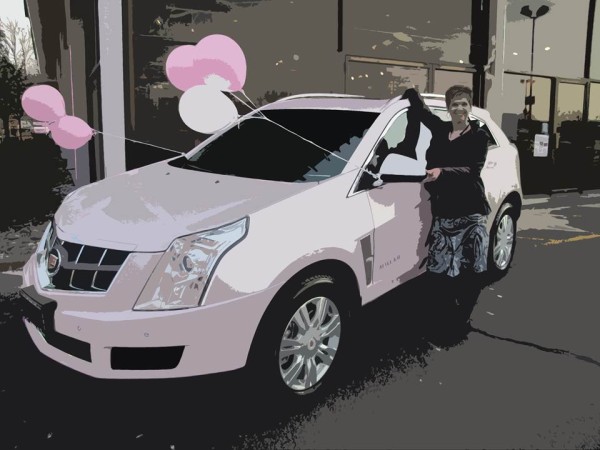 My name is Kerri.

I am from Massachusetts.

I was in Mary Kay for two and half years.

Now in bankruptcy, my Mary Kay “Opportunity” cost my family over $40,000 in credit card debt.

Kerri’s Story, Part One: How I was recruited into Mary Kay through a raffle

I was a Mary Kay user for over 18 years when I signed the agreement. I signed up for the sole purpose of getting my products at 50% off.


[AdSense-A]
I ran into a Mary Kay consultant and acquaintance at a school fair and she took it upon herself to put my name into her raffle. She called me a few weeks later to tell me, I “WON” a free facial and make over. I booked it with her because I was in need of a new consultant, since my current consultant decided to “retire” from Mary Kay just after only one year.

I went for my free facial at a local hotel. What I didn’t know was it was being held before their weekly Monday night success meeting.

After my facial, my consultant asked me to stay as her guest for the meeting. She told me if I stayed, she would get credit towards going ‘on target’ for her free car. Of course, I couldn’t say no and I stayed.

Before the meeting started, I was welcomed with smiles, hugs and compliments from all of the Mary Kay consultants in the room.

I have to admit, as a person who suffered with really low self-esteem, it felt good to hear all those kind words said by so many women.

I stayed for most of the meeting. The meeting weirded me out a little bit. Why you ask? Because the women were just over-the-top happy.

They were all so nice, positive, welcoming and just really supportive of each other! Not to mention most of them were dressed alike, wearing the same suits, jackets, a ton of makeup and a ton of bling!


[AdSense-B]
I watched as women were recognized with prizes and praise. I watched the women give standing ovations for those being recognized. I watched as women stood for selling anywhere from $300-$1000 in a week. But at the same time that I was feeling weirded out, the positive group of women as a whole was appealing and it was something I had never experienced.

At the time, in my 32 years of experience in life, I struggled with finding such women and I even developed mistrust for women in general. There was a part of me that wanted to be part of a group of women that really supported each other.

The meeting was running longer than it was supposed to and I really need to get back home to my husband and son who were both home sick with pneumonia.

As I got up to leave, the Director who was running the meeting stop mid-sentence, handed the microphone over to another director to finish up the meeting and followed me out the door, grabbing the new consultant on her way.

Outside the door, I was then asked for five minutes of my time (which turned out to be 20 minutes) to share the facts about a Mary Kay business. The Director told me the consultant who invited me was in a “challenge” to share the facts with “sharp woman” like myself and by me giving them 5 minutes, it would really help her out in her “challenge.” I said I would listen but I’m not interested due to the fact that I was not the sales type.


[AdSense-C]
The Director proceeded to share the Mary Kay facts, continuing to overcome all my objections and then shared the personal use program with me. She shared that I could become a consultant and get my products at just 50% off and never hold a skin care class or sell the product. That, to me, was a no-brainer.

I handed my credit card over for the starter kit and my 50% discount. What I didn’t realize was that this is just the beginning of a two and half year nightmare!