In Mary Kay, the odds that you (or your spouse) will make any money in Mary Kay are stacked against you. In fact, if you’re like many others, the chances are you’ll lose money–a lot of it.

My family learned this the hard way. Perhaps yours has too. 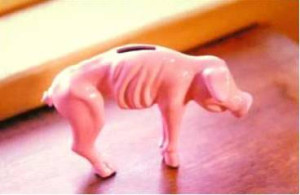 However, had enough research been done before Mary Kay was invited into my house, perhaps a lot of time and anguish (and money) would have been saved.

For someone doing research into the tactics used by Mary Kay Cosmetics and its sales force, the website Pink Truth* has been a great place to learn more about the predatory tactics used on women and their families.

In one recent post, using Mary Kay’s own published numbers, one of the commenters broke down the realities of just how little Mary Kay’s sales force makes.

Here is the source from which you can see how dismal the earnings really are for the women within Mary Kay.

Here is the breakdown of Mary Kay’s actual consultant earnings in Canada that one of Pink Truth’s commenters provided [emphasis added]:

Look at what MK Corp’s statement says, then look again and see what they don’t say. Less than 12% of consultants have stayed in the company long enough to earn even one dollar in commissions. The other 88% are either “flash in the pan” consultants, or Personal Use Only, or inactive. That’s the pool she’s going to be drawing from, which she hopes will “make production” for her. That fact alone is chilling.

It gets worse. If 48.45% of commission earners received over $100, that means 51.55% received LESS than $100 – in an entire year! There’s not much incentive to stay and “make production” for someone else when your own commission check averages only $8 a month… or less…

But we’re not done yet. Half of the Sales Directors – who, like her, worked their butts off to qualify for that status – received LESS than $19,857 in commission, during the entire year. That’s $1,654 per month, or less. Putting it in other words, assuming she only works 40 hours per week (LOL), that’s $9.54 per hour – BEFORE subtracting expenses., commission chargebacks, and taxes.

Unfortunately, it is safe to say, the vast majority Mary Kay consultants do not receive these dismal odds from those who have been trained on how to manipulate women into Mary Kay. Most certainly, the victims’ spouses and families aren’t shown these dismal odds either.

However, by not sharing the actual numbers–as opposed to the “opportunity” to make money–is just another way Mary Kay’s sales force preys on its victims and their families.

* Note: F.A.C.E.S. is not affiliated with or part of the Pink Truth website.