Despite its claims, Mary Kay Cosmetics is more than just a bunch lipstick-peddlers. It is a company that has only thrived by establishing multiple levels of women marketers who, more than anything, try to make money by recruiting other women into their cult-like “pyramid.”

While the Company takes great pains to wash its hands of the misdeeds of its sales force, the preponderance of information available through the internet and the experiences of many of Mary Kay’s victims makes one wonder if, in fact, Mary Kay Cosmetics is complicit in allowing its sales force to prey upon women. 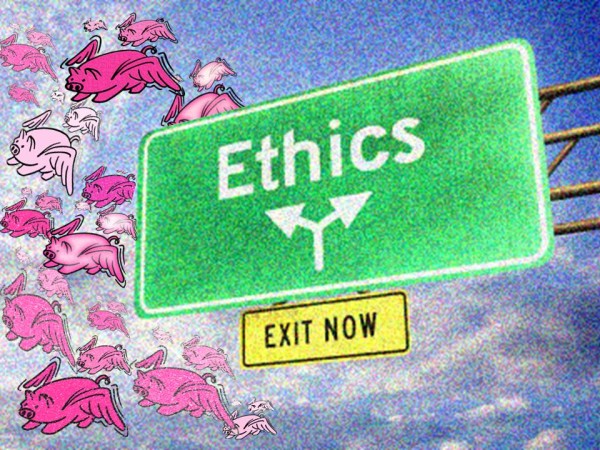 Following the expose on Mary Kay Cosmetics that was published last year in Harper’s magazine, Crayton Webb, Mary Kay Director of Corporate Communications and Corporate Social Responsibility, made the following declaration on a radio talk show [at 18:50]:

“We have two departments, one set up just to educate our sales force on how to conduct their business the right way, ethically, responsibly, right? And how to also not get themselves in too much debt if they do decide to buy inventory. And we have another whole department that’s just focused on compliance and ensuring that our independent beauty consultants follow their agreement and don’t get themselves into trouble by using pressure tactics or other things that are absolutely not okay. [Emphasis added]”

Let’s look a little closer at Crayton Webb’s claims for a moment.

Webb states there are not one, but two departments within Mary Kay Cosmetics that are “set up just to educate” the Mary Kay sales force on how to conduct their businesses “ethically” and “responsibly.” In addition to education, Webb’s compliance department is, according to Webb, to ensure Mary Kay’s consultants don’t get into trouble using “pressure tactics.”

Let’s stop there for a moment.

Whether Crayton Webb wants to call these manipulative tactics “ethical” or not, whether he wants to admit that Mary Kay’s sales force uses “pressure tactics” or not, they do.

If Mr. Webb’s departments were doing their jobs, they could easily discover just how prevalent manipulation and unethical pressure tactics are in the world of Mary Kay.

In fact, at least one Mary Kay executive appears to teach manipulative tactics himself.

If Mary Kay Cosmetics did what Mr. Webb claims it does, it would have reacted when a Senior Sales Director pleaded with Mary Kay Corporate to make one of its National Sales Directors to stop her threats and verbal abuse.

One Response to "When Pink Pigs Fly: Mary Kay Is There To Help Predators Conduct Their Businesses ‘Ethically…’"