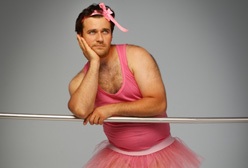 Throughout the pink-fogged world of Mary Kay Cosmetics, there is example after example of the company’s disdain for the husbands of prospective customers and recruits.

To many men who have found themselves at the receiving end of Mary Kay’s tactics, it would appear that, to Mary Kay Cosmetics and its predatory sales force, men are the enemy.

There is a reason for this: In many cases, men are the enemy when it comes to Mary Kay Cosmetics’ pink pyramid.

Often, men become aware (sometimes too late) of Mary Kay’s predatory tactics and the reality that Mary Kay is nothing more than a Multi-Level-Marketing scheme. As such, if men are aware of the realities of Mary Kay, they are a threat.

Therefore, the emasculating treatment of men within Mary Kay Cosmetics comes early and it comes with a vengeance. Often, it is found in Mary Kay scripts and overheard in Mary Kay meetings

The treatment is often found in such widespread tactics as The Husband Unawareness Plan, as well as when women are manipulated into becoming “beauty consultants” behind their husbands’ backs.

Occasionally, however, a Mary Kay predator may hit the jackpot when she succeeds in convincing, not only her target, but her target’s husband as well to open their wallets and bank accounts to Mary Kay’s predators.

When this happens, unless the husband is into front loading hundreds or thousands of dollars worth of makeup for he and his buddies, more often than not, the husband is “going along to get along” in an effort to be supportive of his wife.

Unfortunately, the unsuspecting-yet-supportive husband is left completely unaware of all that will be expected of his wife, but also of him.

Not only will he be expected to assume a new job description in his home, he will be expected to remain silent when he begins to sense that things are not quite what they appear to be inside the pink pyramid.

Occasionally, in the early days, when a husband has unknowingly let the Mary Kay predators into his home and his finances, he will be “encouraged” (or harangued) into being so supportive that he allows himself to take the Mary Kay Husband Oath.

As ridiculous as it seems to most rational men, some actually allow themselves to be cajoled into taking this oath.

Here is the text of the Mary Kay Husband’s Oath via Pink Truth:

As the husband of Mary Kay Independent Sales Director,
Recognizing the commitment made by my wife
To reach this position of leadership,
I solemnly pledge that I will do my utmost
To support, encourage and love my wife in every way
As she continues to develop her business,
Realizing that only as we share our lives completely
Can she reach the full potential of her God-given existence.
I will never belittle her efforts
Or leave her to struggle alone against adversity
That may from time to time appear.
I, too, will uphold and protect the Golden Rule,
Project a positive attitude to all I meet
And share each and every step my wife takes
On the road to success.

Of course, this oath is often taken at the outset of a husband’s Mary Kay “journey” (or nightmare, as is often the case).

All-too-often, the husband awakens from the pink Kool-Aid induced euphoria long before his spouse does.

When he does awaken, it is usually because he begins to realize that the financial realities of Mary Kay do not match the promises that he and his spouse were sold at the beginning.

As long as he “goes along to get along,” remains the supportive husband and continues drinking the pink Kool Aid, he is left alone.

However, the moment he realizes the truth and tries to get the cancer called Mary Kay out of his house, he become the enemy–to hs spouse, as well as to the pink predators.

Such is Mary Kay’s predatory sales force’s treatment of men.

You can read more about Mary Kay Cosmetics’ effects on relationships here.